Cornelius Connors, besides having a rocking name, was known by my mother’s side of the family as the brightest known fruit on their limb, the polished family relation you set out for guests.  Cornelius Connors, you see, was a 19 year-old farm boy on his family’s homestead near Blandford, Massachusetts on the particular afternoon of April 19, 1775.  I imagine rushed, breathless news arriving to his ear, carried by tromping, muddy horseback from the east, from Boston, that British regulars were on the move.  I am not sure which side of Cornelius’ blood wanted to march out more that day, his Scotch side on his Irish half. Probably both.

What is known is that Cornelius Connors did set out for Boston–for all of ten days.  Yet he returned again later in the summer for an extended enlistment of some months.  As best as I can decipher he was stationed at Roxbury, the settlement at the base of Boston’s narrow neck, that served as the choke-point to the occupied city and the ensconced British within.  Yet by October Cornelius Connors left the allure of military life for good.  My guess is that the teen discovered it wasn’t quite the adventure he’d concocted from the vantage point of his family’s familiar fields.  I see him growing bored with the daily drilling, earthwork digging, and waiting around for something to finally happen.  General Washington would not oblige my grandfather until he was long gone.  And besides, the crops back home were calling to be harvested.

My point in bringing up Cornelius Connors, when there were thousands of other, anonymous colonialists who had similar brushes with battles of the Revolution, is not merely to recount this fragmented tale of an almost soldier.  No, I breathe life back into his forgotten story with the purpose of arriving at his wife, Rebekah Knox.  There was only one of her.

Unfortunately, one of the two things I know about her I have already told you–her marriage to the young, abbreviated hero of Blandford.  The second and only remaining proof Rebekah Knox existed at all also has nothing really to do with her.  It’s about her incidental ancestry.

One hundred and fifty years before Rebekah Knox was bequeathed–the total summation of the Universe’s memory of the poor girl– DNA that would one day be floating around in  her, and present on the occasion of her future nuptials, and thus a portion of which now resides in the very tip of my right thumb, sailed from England in 1637. This much earlier microscopic mass of genetic code landed in a much earlier version of Boston than the one Cornelius Connors would one day stand guard over in 1775, before finally, jadedly packing it in.

The DNA in question that arrived in Boston in 1637 was attached to the much larger mass of Samuel Symonds. All records yet found paint him as a true Puritan devotee, the real deal. He would ultimately ascend to the Deputy Governorship of the Massachusetts Commonwealth from 1673 to 1678, in the twilight of his years.  As such he is vaguely remembered, unlike his luckless granddaughter.  Decades before this position of power Samuel Symonds began this climb sitting on the colony’s General Council, crafting and implementing the strict legal proceedings of the day.  In his spare time he strove to be a gentleman farmer in Ipswich, Mass.

The key to quickly gaining the social high ground Samuel Symonds so desired was to marry well, which he did.  A widower, his second wife of three was Martha Reade, who just happened to be the daughter and sister to the colony’s estimable pair of John Winthrops. 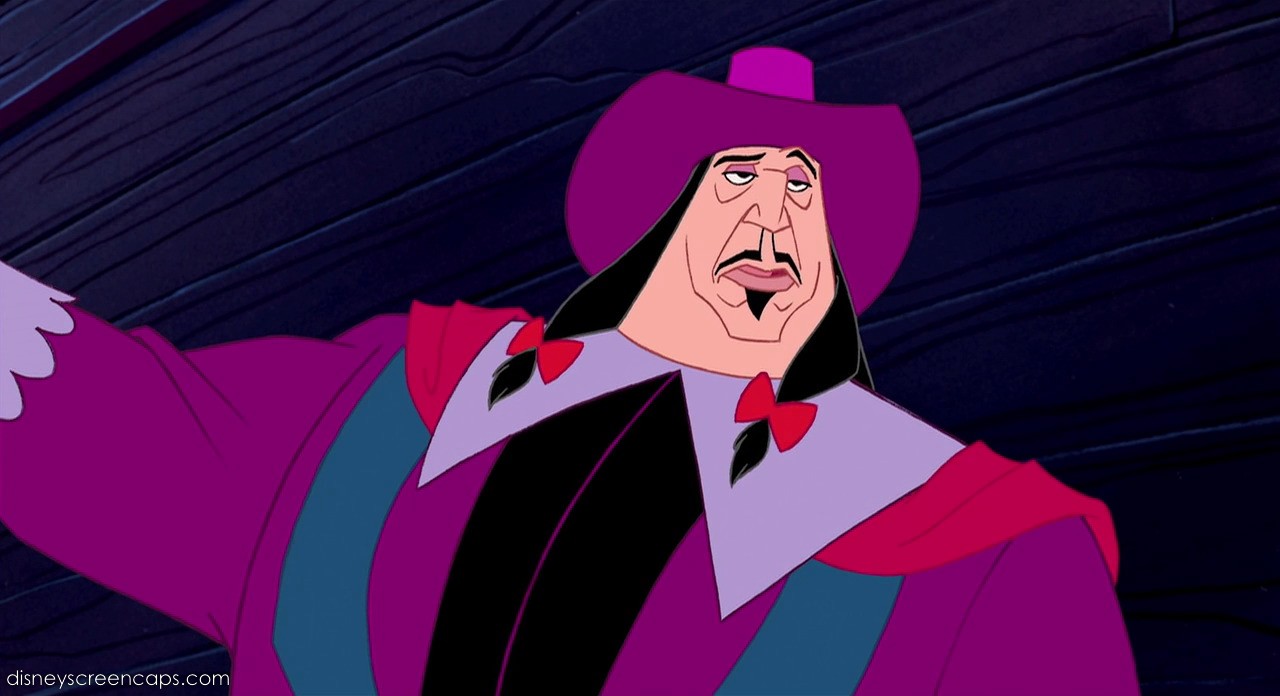 Before it is thought the entire settlement of the New World will be accounted for here, we will settle for a single event concerning Samuel Symonds that began in 1654.  As already stated, Samuel Symonds fancied himself a member of the fledgling New England aristocracy.  This required his vast estate of Argilla, near Ipswich, to produce wealth that matched his ambitions.  Coincidentally, also ambitious at this exact moment were other Englishmen, in another corner of the Atlantic, clearing field after field of Scots instead of trees and Irish in place of brambles.   This bloody agriculture was, fortunately, sanctioned by the new Lord Protector, Oliver Cromwell, and thus moral and proper.  “What a sad world we inhabit that barbarians will only understand a good pillaging!” Oliver cried to no one in particular, one day between bites of mincemeat.  Then he got a queer look on his face, tied up tightly in a half-smile of recognition, but never let anyone in on the joke he had just discovered.  Only a minor sound emerged from his gut, which shook a smidgen of pasty from his chin and so rolled down his stomach to the floor.

Food falling from a ruler’s mouth will only have ramifications for the dogs, but a leader who is a glutton for conquest can inspire a similar fighting over meat and bones.  Bodies that could be packaged up like warm appliances and rush-ordered by the victors.

Two such bodies belonged to William Downing 14, and Phillip Welch, 11, one night taken from beds that resided in Irish homes to waiting English ships, all part of their country’s liquidation.  Swipe, swipe.  William Downing and Phillip Welch’s ship, named the Goodwell, was neither for its mortal cargo, finally and indifferently depositing them weeks later in Boston harbor.  Their bill of sale, dated 1654, was made out to the gentleman farmer of Argilla.  He had work for them.

For seven years they worked Samuel Symonds’ fields, built his fences, and cleared ever-growing lands.  This afforded their master the time to adjudicate Puritan statues toward a perfect Christian society free of evil and sin.  Life continued on in this way, until 1661, when William Downing and Phillip Welch asked to be free as well.

More precisely, they confronted their owner on a Sunday evening in March, just before prayers in the family parlor, saying these words later repeated by the servant girl and witness Naomy Hull:

“Phillip asked if Goodman Bragg’s son was coming to plow tomorrow.  My Mistress Symonds said she thought so, that the son was considering it.  Phillip then asked who would plow with him, and my Mistress said, ‘One of you.’  Phillip said, ‘We will worke with, or for you, noe longer.”

“Is that so?” responded the wit of Samuel Symonds, “What will you, play?”

We know this human business transaction took place because Master Symonds summoned the constable of Ipswich the next day and had the two arrested. And this confrontation has crystallized due to the trail of Samll. Symonds, gentleman v. Will. Downing that commenced on June 25, 1661.

Like any modern worker looking for better terms of employment, the gentleman’s slaves also sought to demonstrate their value–they threatened to run away.  Perhaps seeing this would not improve their lot in life, they quickly determined to work as they always had, but demanded “to be payed like other men.”  They were declined compensation.

Samuel Symonds, admittedly, got the better of his Irish slaves in life.  “These
barbarians will only understand is a good pillaging” he wistfully refrained on his way to court.  No half-smile ever followed.  “This is just the way of the world, the everlasting, ordered truth in God’s nature,” this Englishman might have proclaimed, 114 years before British forces were excreted from Boston to the safer, colder water of Halifax.  Perhaps Samuel Symonds’ wife, Martha Reade Symonds, the sister and daughter to a few John Winthrops, indeed felt the coming future shock-waves, and was thus more demure than her husband: “Let them alone,” she said, in her assuredly uncomfortable parlor, adding “Now they are speaking, let them speake their minds.”

Her husband would not let them be, even on the advice of the constable that would arrive the next day.  And Samuel Symonds sat, as both plaintiff and Judge on the General Council, and heard the testimony of other Irishmen’s tales, like that of John King:

“Diverse others were taken by English soldiers, in ye night out of theyr beds & bought to the ship. They took them against their Consents, & brought them aboard, where they were diverse others of their Country man, weeping and Crying, because they were stolen from theyr frends.”

The jury’s decision hung on the validity and legality of the original bill of sale, and Samuel Symonds, still in a dual role as magistrate, testified and affirmed it was so.  William Downing and Phillip Welch were ordered to serve their master until May 10, 1663.

The ghosts of Rebekah Knox and Cornelius Connors again breathe a cold sign of relief, having already known this story, exclaiming together, “What a much better thing to be forgotten than remembered like that!”

The fact remains that Samuel Symonds’ name can still be found, sprinkled amid volumes of antiquated seventeenth century legal texts, and so remains a part of the world. But it is a world that has inverted, and now shudders, by-and-large, at such discordant conceptions; Samuel Symonds cannot escape his approval of people trapped in a menagerie who performed for his own well-being.  And this foul immortalization buys William Downing and Phillip Welch’s request of freedom.  Meanwhile, Rebekah Knox’s continued existence is based largely upon the two words that make up her name.  But two very important words to her.

We, however, are buried in words.    My own donation’s importance of even more words to our stockpile, to the great rush of modern data streams, can seem absurd. Or at least as trifling as that of an illiterate farmer’s wife compared to an ancient magistrate.

Rebekah Knox, at least, was  almost certainly illiterate.  There are no letters that exist to prove otherwise.  No simple messages of births or deaths, or of her first encounter with Cornelius Connors. Or perhaps, even if able, she was a private person and would have shunned sharing such intimate moments with the world, modern or otherwise.  Today we have the privilege, or the luxury, of firing off every thought like lightning, and within seconds receiving back untold corresponding replies of thunder.  Yet with every new missive fired off like missiles we try to correct our trajectory and leave a more lasting impression than vapor trails over the sky, and be more than incidental.

If you are just looking around for the first time, or wanting the cream of the crop, these entries might be a good place to start: